Is the DIRECTV HD Extra Pack Really Worth it? 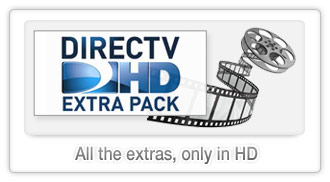 If you’re like most subscribers, chances are you’re hooked on high definition. Whether it’s 1080p or the cutting edge 4K UHD, the resolution AND clarity is magnitudes better than standard def. If you’re like me, you’ll even pick an “inferior” show in HD over just about anything in SD…and if it’s a cool indie flick, there’s flat out no competition. So, when DIRECTV launched their HD Extra Pack (at $4.99/mo) and packed it with a ton of niche movie and documentary channels, folks took notice. But is it worth it? Read on for all the details…

In total, you get 9 all-HD channels, including:

TV programming is all about balancing interest vs value. That is, if your plan doesn’t already include one or a few of the channels above and you REALLY want ’em, $4.99 a month is a pretty fair price…especially if you compare it to the cost of the premier movie networks (HBO, Cinemax, etc. which go for about $15/mo). Of course, you won’t typically get the Hollywood blockbusters, but if you’re more than happy with the classics and the wealth of crime, shorts and historical programs available in the DIRECTV HD Extra Pack, it’s worth at least a trial month. If it doesn’t quite meet your expectations, simply remove it – no fees or penalties apply. We actually have it in our home and judging by the DVR scheduler, it’s in very heavy rotation (with ShortsHD being the runaway favorite).