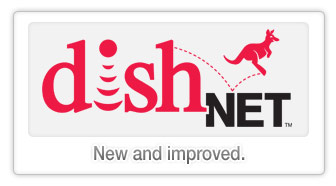 If you tried satellite internet in the mid to late 2000s, the first thing you probably noticed was not the convenience of having your internet coming from a dish or the quick setup. Nope. It was most likely the utter lack of speed. Rivaling fast dial-up, satellite internet was painfully slow… but, it was never meant as a mainstream solution. All the internet companies (HughesNet, etc) touted it as a solution for folks that really had no other options. Cable internet didn’t reach that far. There were no DSL hubs nearby. Your only option was dail-up and for some, that wasn’t even on the table. Enter satellite internet. The signal sent data packets to your dish at speeds 2-3x that of dial-up. Yup, not impressive but better than regular dial-up.

Well, satellite internet has changed. DISH recently re-launched (and re-branded) their satellite data service as dishNET. The single biggest change is the speed. Thanks to improvements in technology and data transfer efficiency, dishNET can deliver speeds that rival 4G LTE (up to 10 Mbps). For those of you with LTE access on your phone, you know just how quick that is compared to 3G and older networks. Streaming a movie or even playing high-resource multi-player games are no big deal. At about 3 times faster than regular DSL, it puts DISH square in the internet provider discussion.

Other than speed, is it any better than traditional internet service?

Speed aside, it’s all about the convenience and bundling. If you’re already a DISH customer, you’ll typically save $10 a month if you add internet to your service. You’ll also have one less bill to worry about and, overall, less equipment and wiring dedicated just to the internet. AT&T has mastered the art of bundling and DISH is looking to get into that space in a big way.

Data caps. Because it’s a relatively non-robust technology (limited bandwidth), DISH has imposed data transfer caps on all their plans. If you get near the cap, they’ll send you a warning notice. If you exceed it, they’ll throttle your speed to down 128k (dial-up)..yikes. You can buy “data tokens” at $25 a pop, but if you end up exceeding the cap every month, think about upgrading plans and if you’re already at the top plan (3 total), dishNET’s probably not the right service for you. Speaking of the three plans, here’s a quick breakdown…

The speed at each plan is the same. And, really, that hinges on your location. If you’re in a “good” spot, you’ll probably download at 5-7 Mbps. Folks in “excellent” locations will get the full 10 Mbps. So you don’t get left disappointed, make sure you ask your customer service rep about your estimated speeds before placing an order.

The next time you consider changing/upgrading your internet service, toss dishNET into the mix…especially if you’re a current DISH customer. We have it in our home and it’s extremely easy to setup, the router/wifi works the same way traditional services do and it IS nice to combine two bills into one. If you’re a power internet user, I’d steer clear but for the low to mid-usage households, it’s definitely a new, viable option.